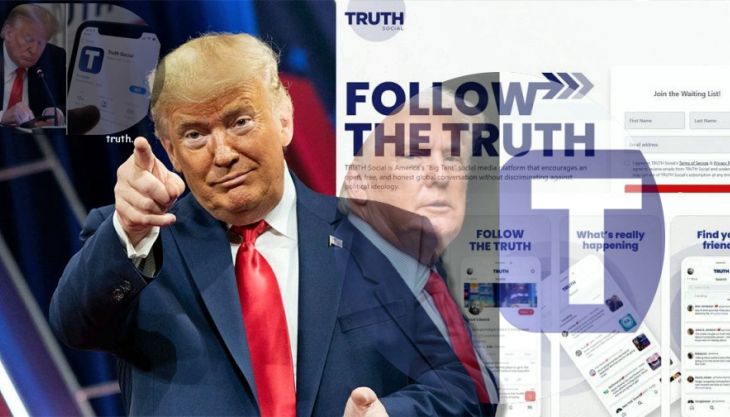 Trump’s Truth Social Network is a hot topic. Although the mainstream is predicting the fall of this new network, a new competitor is here. Trump announced to the world that he would be creating his own social media platform on October 22. Truth Social is set to be released in early 2022. But what is this social network and how will it function? Furthermore, what does it mean for other social networks?

Trump’s Truth Social network is another alternative social media platform like Gab and Parler. In the announcement, Trump stated that he created Truth Social to “stand up to the tyranny of Big Tech.” According to the App Store, Truth Social approaches social media policies with a “big tent” approach. The “big tent” is symbolic of how there are a variety of groups can all be in one place. Sort of like a family gathering. You may dislike their opinions but that does not mean they do not belong. As a result, the platform will promote all types of speech. Like other social media sites, Truth Social will have standard features. This includes individual profiles, feed, search engine, and notifications for the people you follow.

Mainstream social networks like Twitter and Facebook have been abusing their power. It is one of the reasons that alternative social media platforms like Truth Social are appearing. It is no secret that Twitter has outright banned Donald Trump from its platform. However, there are groups like the Taliban that still manage to stay on this platform. In recent years, people are starting to realize how powerful these companies are. Facebook’s going dark earlier this month has shown their global influence is insane. Furthermore, the Facebook whistleblower exposed the company’s dirty laundry for the world. Meanwhile, Twitter is getting itself banned in Nigeria for taking down a tweet from the President.

The reason why Facebook, Twitter, and other social media were able to do these things is that there was no challenger. Sure, people were saying that Facebook and Twitter were bad. But people were not going out of their way to make another option. That is what Truth Social is. Another option. If there are more alternatives to the “Big Tech” then these companies will lose power. That is why you should support Truth Social, Gab, Parler, and Frank Speech!